How it all started!

Up until the early 19th century, the Innsbrucker Wochenblatt called Solda the “Siberia of Tyrol”. This all changed after the reports of the arctic explorer and cartographer Julius von Payer, the geologist and paleontologist Edmund von Moysisovics and the mountaineer Francis Fox Tuckett, who started to show the world the many possibilities, secrets and yet to be explored treasures of this remote mountain paradise.

The pioneers of science were followed by the heroes of sport. Harpprecht, Schück, Minnigerode, Christomanos just to name a few. But the first ever conquest of the Ortler peak happened on September 27, 1804. Josef Pichler aka "Pseir Josele" a man of few words but a doer climbed the Ortler after a nine-hour walk on the "Hinteren Wandeln" route. This was a milestone for tourism. In 1870 the 11 kilometer long road got expanded and lightened the way in to Solda for more people, making access easier to mountaineers, but also to those looking for fresh air and beauty outside of the city. That was also the time when the first guest houses were built for visitors. Solda's population increased and tourism became more important.

The “King Ortler”, named after an ancient tale, is located in the heart of the Stelvio National Park, one of Europe’s largest parks. At 3,905 meters, it is the highest mountain in South Tyrol. At its foot, 1,900 meter above the sea-level, lies the mountain village Solda with its approximately 400 residents. The 1,200 meter high ice route on the Ortler north face, the longest face in the Eastern Alps, is still one of the most stunning alpine ascents in the world. The legendary and dangerous north wall was first successfully climbed by Hans Ertl and Franz Schmid in 1931. Since then many well-known mountaineers have climbed the Ortler, including names like Dieter Drescher, Reinhold Messner, Hans Kammerlander, Luis Trenker, Christoph Hainz and many more.... In 1958 the first chair lift was built underneath the Ortler, the "Orso - Langenstein" area, followed in 1961 by two more ski-lifts. “Pulpito - Kanzel” area was opened in 1965. It was only in 1975 that the higher resort was expanded with the building of the Madriccio hut. That was where it all began: The Gutwenger family was the first leaseholder of the Madriccio mountain hut and worked there until the family opened their own restaurant in 1983, the "Hartmann´s Weinstube" located in the center of the village, right next to the S. Gertrude church. The Hotel was expanded in 2003 and is a fully operated family business where three generations work under one roof. Today, the hotel is a haven of comfort and luxury, while retaining its historic roots and family heritage. An oasis for relaxation and recreation and a culinary Michelin Guide listed experience. 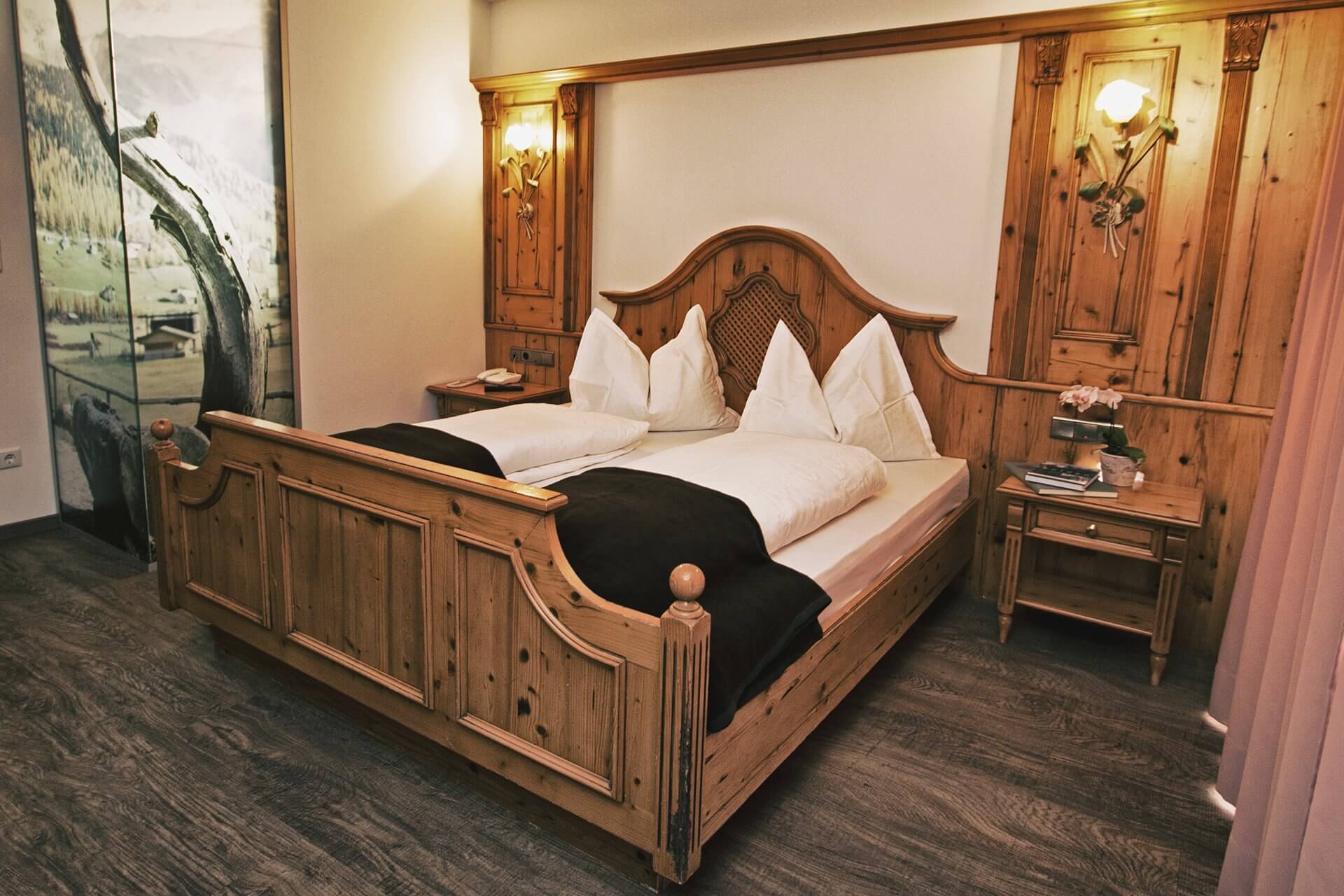 The Superior Room combines alpine atmosphere and modern comfort kept in a regional style to meet all modern design standards and well-being. 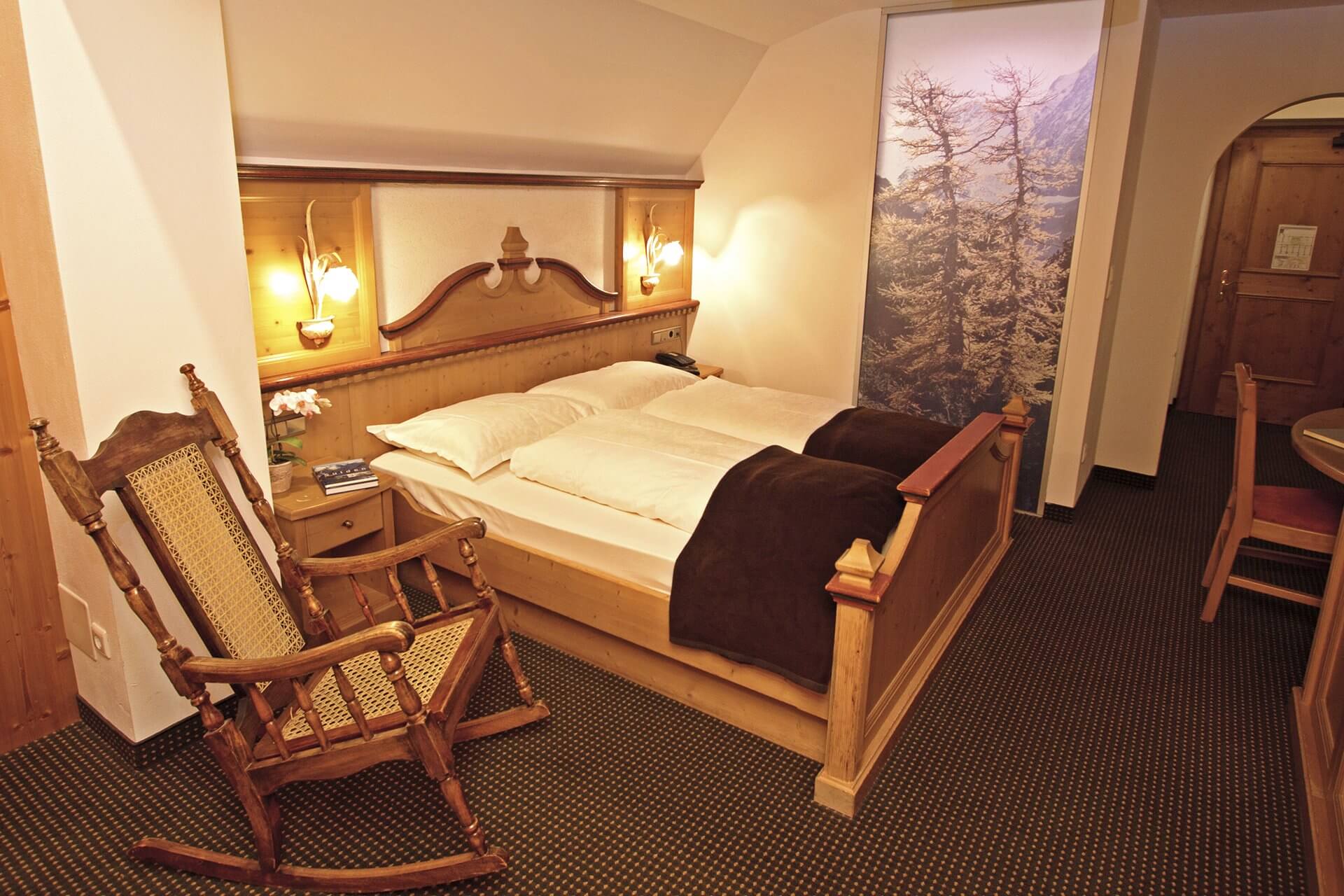 The Rustical Room is created using an old craft by utilizing the traditional "Tyrolean" technique of paneling, finished to latest modern design standards. 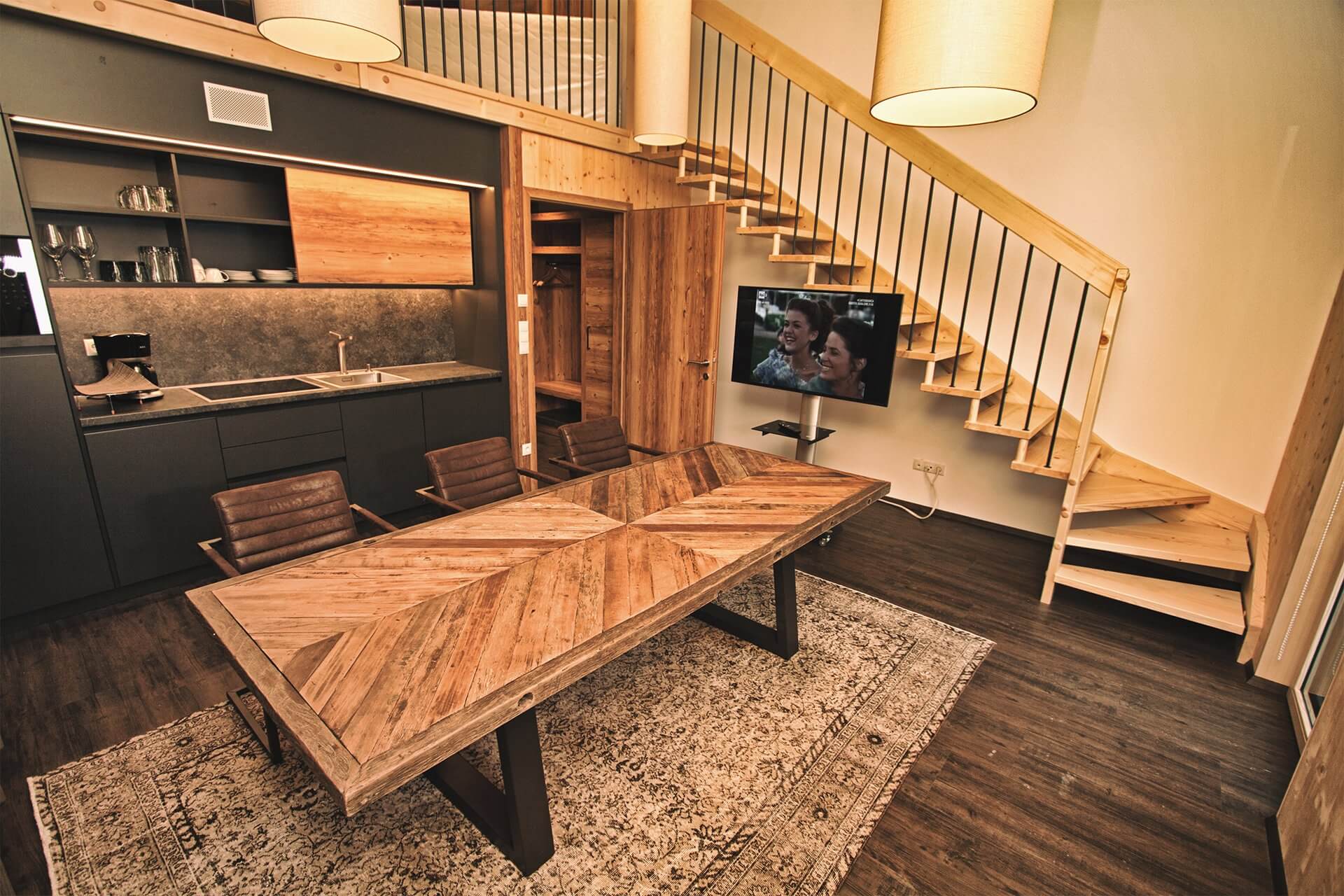 Apartment with private entrance and own state-of-the-art kitchen in a modern feel-good style and decor.